April marks the celebration of Fashion Revolution Week, a global campaign which falls on the anniversary of the Rana Plaza disaster. On 24th April 2013, this factory building collapsed on the outskirts of Dacca in Bangladesh, killing 1138 textile workers and injuring many more. The disaster galvanized Carry Somers and Orsola de Castro, co-founders of Fashion Revolution, into action. Fast-forward to now and it has grown into the world’s largest global fashion activism movement.

Their campaign is simple. They are urging the industry to take more responsibility and show greater transparency in the supply chain. If brands do not know what is happening in the factories that supply them, it is difficult for them to improve conditions. Fashion Revolution asks one question: who made my clothes?

Six years down the road of what sparked the global movement, a systemic reform of the fashion industry is still much needed. Both people and the environment suffer as a result of the way fashion is made, sourced and consumed. The majority of the people who makes clothes for the global market live in poverty, unable to afford life’s basic necessities. Many are subject to exploitation, verbal and physical abuse, working in unsafe and dirty conditions, with very little pay. The planet is also affected by our consumption of disposable clothing. Many dyes and chemicals end up in rivers and eventually in the sea, disrupting ecosystems and resulting in biodiversity loss. Lands are polluted by fertilizers and pesticides used to produce raw materials like cotton, and the extensive use of water on these fields lead to droughts and erosion.

So how can we make people take notice and understand the true cost of every cheap item we buy?

Here are four eye opening fast fashion documentaries you can watch online and share to spread the word.

“There is a joke in China that you can tell the ‘it’ color of the season by looking at the color of the rivers.” Orsola de Castro

RiverBlue – Can Fashion Save the Planet follows internationally celebrated river conservationist, Mark Angelo, as he travels across the world (to Bangladesh, India, China, Indonesia, England and the U.S.) documenting the harsh chemical manufacturing processes and the irresponsible disposal of toxic chemical waste from clothing manufacturers.

Part of the problem comes from the fact that toxic dyes from textile manufacturing and heavy metals from leather tanning are often dumped directly into rivers in countries where environmental regulations aren’t strict or well-enforced.

Through interviews with local conservationists and footage of brightly colored rivers, the film draws a connection between the fashion industry and the crisis facing some of the world’s most significant rivers. The impacts are devastating, not only for the ecosystems, but also for the local communities which rely on those waterways for drinking and bathing.

Where to watch it : Amazon Prime or on the official website.

Written and directed by Andrew Morgan, this documentary exposes the horrifying hidden costs of the world’s addiction to fast fashion.

« Who really pays the price for our clothing? ». Andrew Morgan has traveled the world and explored all aspects of the clothing supply chain to answer this question. Including the cotton fields of India, where he links ecological and health crisis to the dramatic use of pesticides and fertilizers, or the garment workers subsisting on less than $3 a day and working in poor and hazardous conditions.

The film also depicts the terrible environmental damage resulting from the industry’s massive growth, from pesticide-infused cotton fields in India to massive landfills in Haiti (where a good portion of our donated used clothing winds up) to the abundance of chemicals dumped into the waters of developing countries that have led to a massive rise in cancer and birth defects.

In Western countries, the situation is no better since over consumption and materialism often lead to anxiety and depression condition, far from the promise of accomplishment the advertising system is luring us with.

The film isn’t all doom and gloom though. It also presents the efforts of “fair trade” clothing manufacturers and the pledge of designers like Stella McCartney to incorporate environmental concerns into their business.

Where to watch it: on Netflix

Sweatshop: Deadly Fashion was first produced as a web-series before being re-versioned into a documentary.

Three young Norwegian fashion bloggers, Frida, Anniken and Ludwig make a living promoting the latest catwalk trends and fast fashion styles. The documentary follows their experience as they spend a month living in the shoes of garment workers in Cambodia. As well as working in the factories, they have to survive on $3 a day, which is the harsh reality for most of those workers. If this film does not follow the typical format of a documentary, it will make you dive into the shocking human reality behind cheap fashion.

Where to watch it : on Film for the Earth

Udita is a vivid and truly moving documentary in which we follow the lives of the women of Bangladesh’s sweatshops as they fight for a better life.

I wish people would buy clothes with a conscience. My desire is that what’s happening now will never be repeated. That people who are buying clothes abroad stop and think about how much they buy it for… and how much is the true cost for us here. – Ratna Miah, garment worker

In an industry 85-90 percent staffed by women, Udita (which means “arise” in Sanskrit) serves as testimony to the strength and bravery of the union’s female members, workers and leaders as they organize into a union to fight for their rights. From 2010, when organizing in the workplace would lead to beatings, sacking and arrests, through the tragedies of Tazreen and Rana Plaza, and forward to 2015, when the long fight has begun to pay dividends.

No one will be able to forget Razia Begum’s story of losing two daughters and a son-in-law to Rana Plaza, or the extremely poor living conditions the textile industry offers to the workers.

The stories these women share with us are surely life lessons.

Let me know your thoughts on any of these documentaries and whether you have more to recommend in the comments below.

This site uses Akismet to reduce spam. Learn how your comment data is processed. 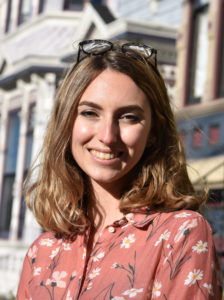 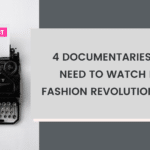